Skip to main content
You have permission to edit this article.
Edit 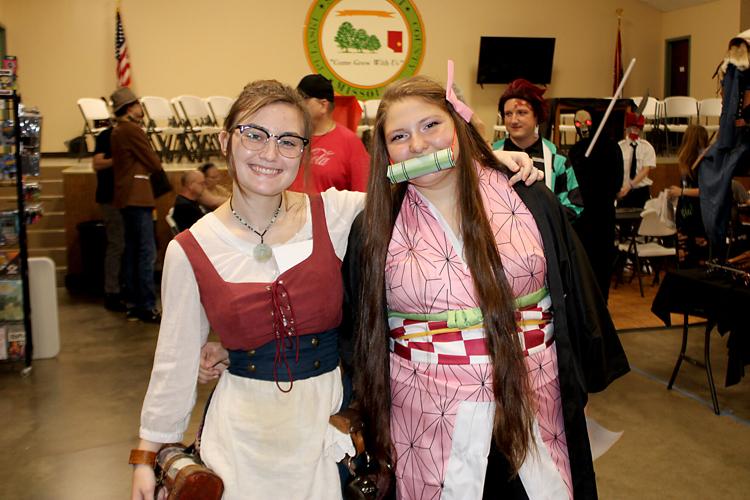 Emma Hairston, of Waynesville, left, and Daisy May Thompson, of Dixon, hang out at the 2022 Extremicon convention at the St. Robert Community Center on Saturday, Sept. 17. 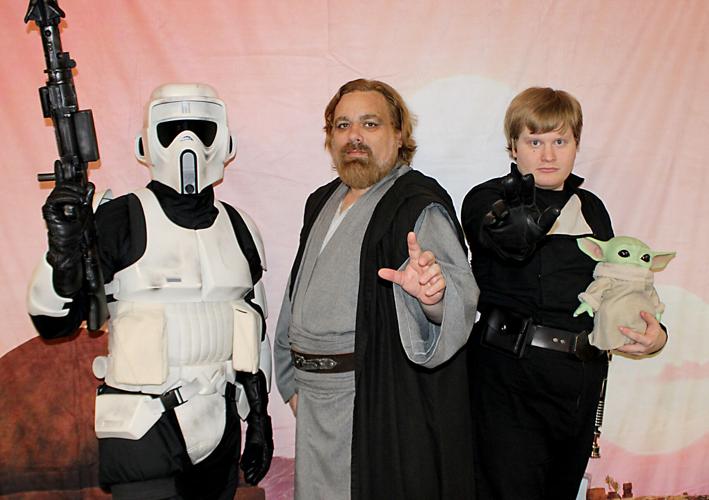 Emma Hairston, of Waynesville, left, and Daisy May Thompson, of Dixon, hang out at the 2022 Extremicon convention at the St. Robert Community Center on Saturday, Sept. 17.

Extremicon returned to St. Robert for the first time since 2018, drawing fans, celebrities and vendors in the world of make-believe from all over the Midwest.

“Honestly, I didn’t have much going on, and I thought this would be fun for the town,” said event creator and organizer Gary Rogers.

It’s the third go-round for the event, which provides a place for people to meet up and dress up as their favorite character from practically whichever genre of fantasy they choose.

Donning masks, cloaks and light sabers, convention goers participated in “cosplay,” a term that simply means to dress up as a character from a movie, book or video game. It allows people to express themselves in fun and creative ways, whether dressed as Raven from “Teen Titans” or Luke Skywalker from “Star Wars.”

Many people take cosplay very seriously, and they craft their costume to be as detailed and matching to the original character as possible. Take for instance the guys from Dantooine Base and Garrison 66.

In the movie “Star Wars,” Dantooine Base is a division of the Rebel Legion, but in real life, it’s also an international “Star Wars” costuming group that has many members in the Kansas and Missouri region.

“We have fun creating, owning and wearing the costumes of the ‘good guys’ in the ‘Star Wars’ films,” said John Brummett, of Joplin, who dressed as Obi-Wan Kenobi during the event. “We attend various charity events, conventions and wherever else rebels are need.”

Garrison 66, also known as the Temple Raiders, has members in 20 counties in Missouri. Similar to Dantooine Base, the group aims to spread the love of “Star Wars,” sci-fi and the art of costuming.

Some of the biggest draws to this year’s Extremicon were the celebrity panelists and media personalities who attended the two-day event. This included actors Noelle Hannibal (“Star Trek: First Contact”), John Jacob Anderson (“Guardians of the Galaxy Vol. 2”) and Andrew Rothenberg (“The Walking Dead”).

Rothenberg, who has recently been performing on stage in New York City, reflected on his time playing Jim on “The Walking Dead” back in 2010 during the show’s first season.

“It was a great experience,” said Rothenberg. “No one knew how big it would get at the time.”

Another one of the main draws of Extremicon was the vast array of vendors who sold everything from comic books to plush toys.

Bare Bum Essentials, a new bath and body store in Waynesville had a booth with hand-painted soaps and candles for sale. Some of the store’s original bath bombs had a Halloween theme, with ghosts and skulls available for purchase.

But vendors came from out of town, too.

One vendor, Liam Borja, came all the way from Cedar Rapid, Iowa, to sell action figures and toys. Borja owns Pop Heart Studios, and has participated in more than 30 events over the past seven years.

When asked why events like Extremicon draw so well, Borja shared an interesting perspective:

“These events just provide a great, welcoming atmosphere,” said Borja. “We can all be nerds together.”